Recently I felt down on my luck. I felt as if no matter what I did, nothing would ever change. I was on the brink of insanity and on the verge of giving up.

It was then I realized just what my problem was. My focus was too much on myself. After all the things I’ve given advice on, I failed to listen to what I told others to do. The realization that my own personal brand wasn’t living up to its mission made me sick and with a heavy heart, I decided to put into practice my own medicine.

Moving out the comfort zone.

My own medicine was bitter, but I took it anyway. The only path out of this feeling was to help someone.

Immediately I began to realize the many other people who were hurting just like I was, I found the people that needed to be inspired, and in that moment I learned that it isn’t always about you, a concept so simple yet often overlooked or ignored.

Most importantly, I learned that it’s easier to help others than we often think.

It doesn’t require for us to be rich, but it does require us to be willing to at least try. Things don’t get done by wishing them into existence, they only get done when we put in the work required. When we take the focus off of ourselves, and leaving our egos behind.

It allows us to quiet the noise around us and focus on the things that truly matter, pushing us beyond our plateau of discouragement towards a place beyond the stars.

Life was never promised as easy, but it isn’t as impossible as we make it.

As long as we have life, we have the chance to do more than what we limit ourselves to.

I can’t should become I’ll try. So that when you look back, you’ll be able to say, I did.

If we keep holding back and keep waiting for someone else to do it, nothing will ever get done.

Fear will always exist, there is no escaping it, but the ultimate difference between the person that let’s fear hold them back vs the person that uses their fears as a catalyst towards greatness is the choice of putting words into actions. It divides those who find all the excuses in the world as to why something doesn’t get done from those who are the roadblocks as blessings.

The more we fear ever achieving our goals is one indication that we should give it everything we’ve got instead of daydreaming and asking what if.

When we move beyond focusing on ourselves and aim to reach out to help someone else we are transported to a moment in time where the only thing that matters relies on a complete focus on clearing away the noise and clutter to realize the need that should be filled, and being able to find the pain that needs to be cured.

We are the virtual surgeons that influence the everyday lives of those who use the end result of our efforts, yet we abuse our privileges and have allowed ourselves to think that the world owes us something.

Truth is, we owe the world our all. We draw our inspiration from it, we consume its resources, yet we complain the moment things aren’t as easy as we think they should be.

In the moments when all hope is lost, don’t stop yourself from breaking through. Many of the things we try so desperately to hold on to will quickly fade. Our focus should be on creating things with value, and a great way to get that done is by creating more good.

So no matter how dark things may seem to become, or how impossible it may feel to keep going, just try, even if it is something small, make the effort to get at least that piece done, and soon enough you’ve eaten the elephant instead of being crushed by it.

Even if your dreams are bigger than you current reality, don’t give up. Make yourself a promise to at least try. Because the moment you do, may just be the moment you’ve been waiting for.

4 Ways to Beating the Procrastination Barrier 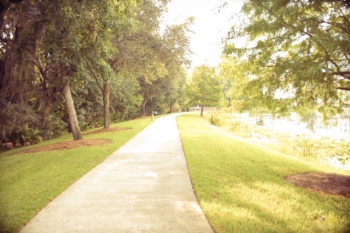