Setting the Stage for Success

Our various cultures are filled with their own unique traditions but in the middle of all traditions, there is one tradition, unlike the rest. One that many often struggle to find success with.  Setting resolutions for a new year.

Every year, we find ourselves making bold testaments on what we’d like to accomplish, how this year we’ll exercise more, eat healthier, wake up earlier or finally do that thing we’ve never been able to find time for last year.

Only to find ourselves making excuses a few weeks later, quickly falling back into our old routines, wondering why things still feel the same although the year is different.

Instead of setting ourselves up for success, we end up being a roadblock on our own journey.

I was never one to believe in setting resolutions if anything I found the entire tradition to be humorous. Also, many of the examples I saw weren’t really the best for my outlook on the idea.

In the search for something that I could actually get behind, I stumbled into the concept of creating a yearly theme. Since then, I’ve been able to launch a podcast and newsletter that allows for those themes to live on.

A new you doesn’t happen overnight. Whoever you were on 11:59 the night before the new year arrived, happens to be the same person you are now. The only difference is you’re a little bit older and hopefully a little wiser.

Instead of making resolutions that most likely will be broken, try coming up with a theme for what you’d like to accomplish in regards to your personal growth. Allow yourself to be open to the lessons you’ll learn and most importantly, allow yourself to be intentional about your goals.

The things we tend to dwell on the most eventually become a part of who we are. Always focused on your failures? Then chances are, your outlook on the future may not be as positive as it could be.

As the old saying goes, garbage in, garbage out. It’s up to us to decide what gets our focus.

Love your Neighbor as yourself

Some call it the golden rule, others may refer to it as the “Ethic of Reciprocity”. It is spoken about in over 21 different religions. Regardless of the name, the principal remains the same.

Although it is a very simple concept, we frequently tend to find ourselves spending more time trying to define who exactly our neighbors are versus actually being of help to them. Given the hectic lives, many of us lead, we try to make the persona of our neighbor something that can fit into our stereotypical boxes, and if it doesn’t, we quickly reject it and label it as bad.

This mindset has allowed us to become tolerant towards all manner of injustice, causing us to turn a blind eye to anything that resides outside of our comfort zone. Soon, we find ourselves comfortable and complacent until something challenges the bubble we’ve made home.

By nature, we’ve developed the mindset that it’s all about us, that in life the goal is getting what we deserve at all costs. That it doesn’t matter because “It’s just business”, so on we march on this path of self-destruction until it’s almost too late to make things right.

Truth is, while we all matter, there are people who are stereotyped and discriminated against because those who had the opportunity to create a change for the better neglected to do so. So we’re left with people of various cultures, genders and beliefs who wear masks to hide the pain that they’ve been forced to carry, for something that they weren’t given a choice for at birth.

It is tough work, especially when people aren’t always the best to be around sometimes but this isn’t a pass to at least not try. It doesn’t have to be much either. Often, the biggest difference is made in something small.

So many of us spend our lives waiting and preparing for our moment to live. We find ourselves complaining about a job we may hate, how everything seems to go wrong, or how it’s just “not the right time.”

It’s like the whole world is conspiring against us. But is it?

When we make out the world to be a place that snuffs out and stomps on our dreams, where nothing goes our way, then that’s what it will be.

It’s like we’re waiting for someone to swoop in and declare- Yes, you have permission to do this. Yes, you are allowed to live a life you want.

The reality is, no one is going to come in and give us that permission. We are the only ones who can do that. Most of the time, we’re the ones getting in our own way.

There are a great number of possibilities and opportunities that exist, only if we are willing to make the effort required in getting to them. Even though we’ve been taught and often conditioned to believe that dreams should just be dreams, or that we should just submit to living an ordinary life.

It’s time to wake up and start living.

Stop waiting for the perfect moment, the perfect outcome, the green light or the person to come along that says “go for it”.

The time is at hand to do something your future self can be proud of. To take a stand for doing what’s right, even if no one is watching.

Now is the time to be ambitious in your endeavors, to give it your all and hold nothing back. 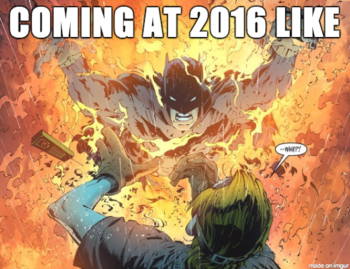 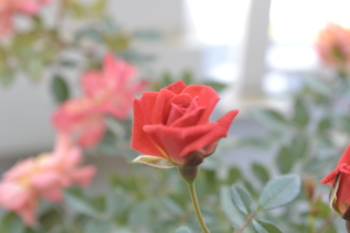 Embracing the Dimensions of your Inner Superhero